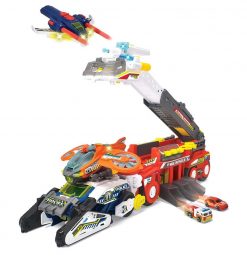 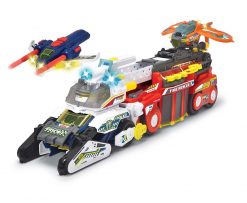 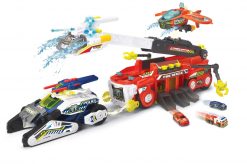 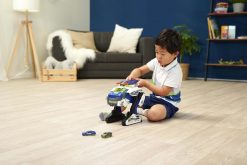 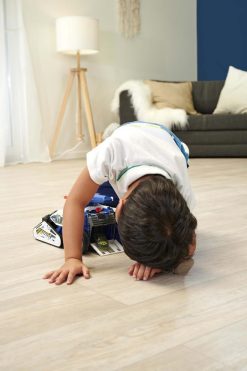 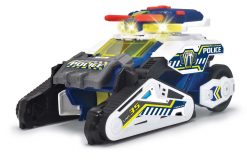 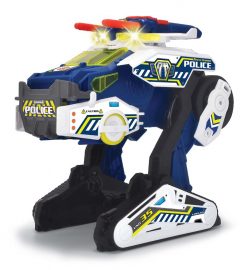 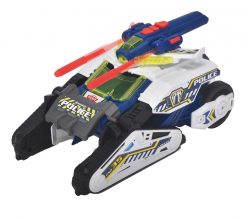 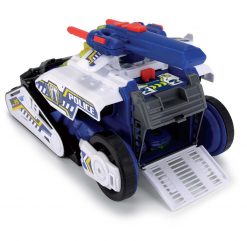 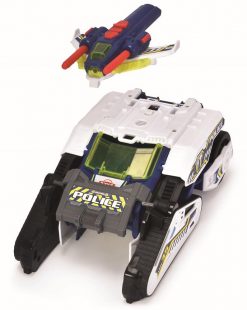 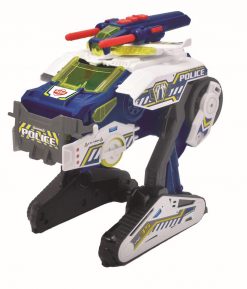 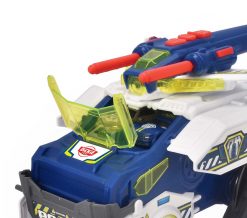 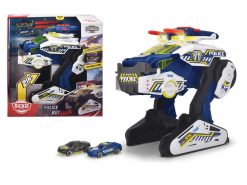 Catch the criminals The front opening of the police bot captures cars and sends them to the built-in prison! Two metal cars are included with the set. For children aged 3 and above A detachable drone on the roof supports the team and fires projectiles toward opponents at the push of a button, accompanied by light and sound effects (batteries are included with the set). Can be combined with other Rescue Hybrid vehicles Pair with the Fire Tanker and Sky Patroller to make an unstoppable fleet!

The sound systems on each vehicle can also be connected. About Dickie Toys The vehicle brand for children! We always have the same goal in mind: to make children smile. Unpack your toy and let the fun begin! Dickie Toys Police Bot is well-equipped for challenging missions! There is no limit to a child’s imagination that’s why toys need to be creative and innovative.

This futuristic transformable Police Bot from Dickie Toys does just that and makes a perfect gift for fans of feature-packed toys. The Police toys Bot is essentially a prison on wheels it can be opened from the rear side to safely store the small vehicles included with the set. It also features light and sound effects and rotating wheels for action-packed imaginative play.

The vehicle transforms in an instant. simply press the transformer button while pulling upwards or pushing downwards. The roof-mounted drone can also be detached and sent on exciting missions, whether at home, in the garden, or at the playground. Just like on real rescue missions, Rescue Hybrids are more effective when they work together. For this reason, the helicopter can be combined with other vehicles from the Rescue Hybrid series so that you’re well-equipped for action-packed rescue missions!

Another highlight is the built-in team sound function. when this is activated, the individual vehicles recognize each other and play the Rescue Hybrid team sound. Futuristic Police Bot with fold-out function Light and sound effects. Dimensions: 35 cm. Includes 2x 1.5 V AAA (R03) batteries Can be combined with Sky Patroller and Fire Tanker Suitable for children aged 3 and above.

Dickie Toys Over 5 decades of cutting-edge toys At Dickie Toys, we are passionate about vehicles, boats, aircraft, and everything else that moves. Our range of vehicles includes diggers, police vehicles, fire engines, and more, which feature realistic designs and allow your little one to explore the world like never before.

There are no reviews yet.

Be the first to review “Dickie – Police Bot” Cancel reply 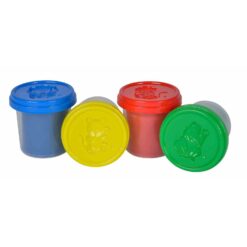 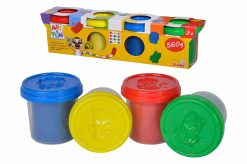 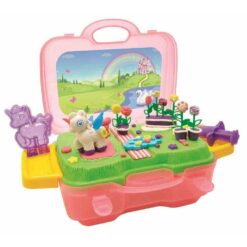 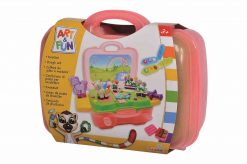 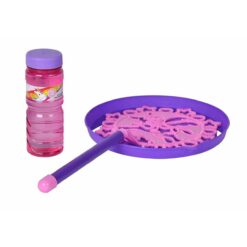 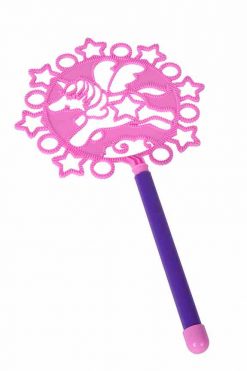 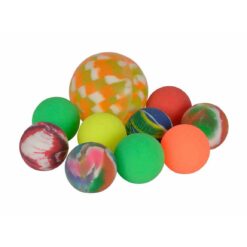 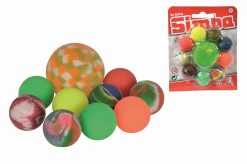 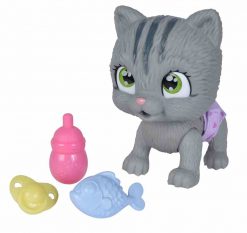 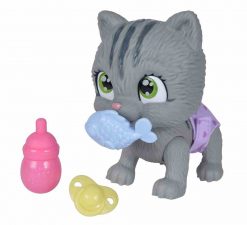 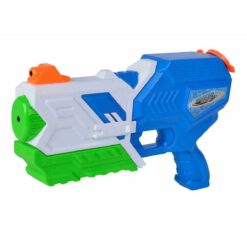 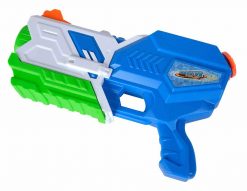 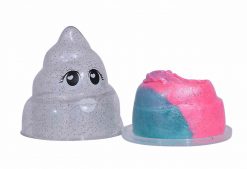 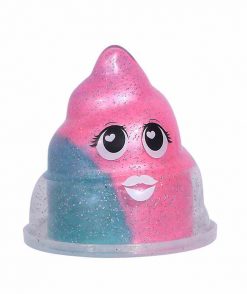 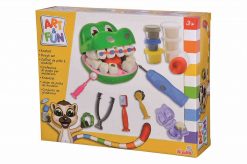 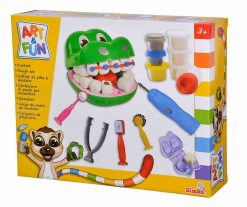